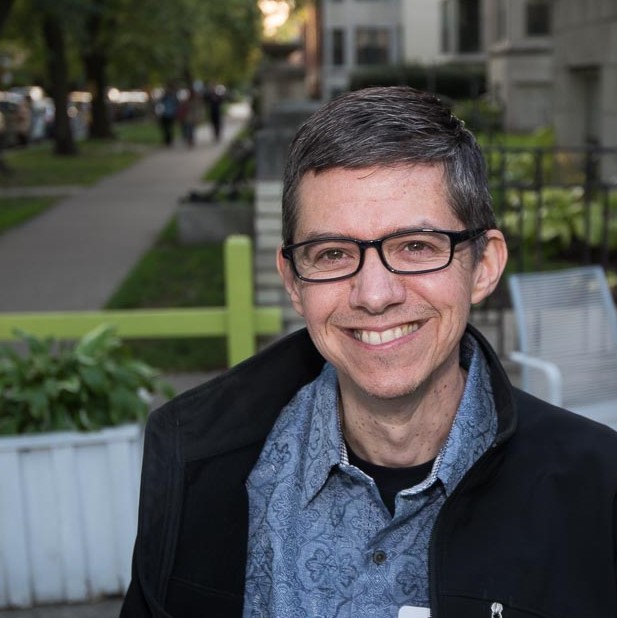 Why do you want to serve on the Board of Directors for the RPFC?

A Food Co-op in Rogers Park is a great idea and one would do well here. The co-op would provide the community with needed services of quality food, jobs and a focus on sustainable agriculture. Since this won’t just happen by chance, a group of people, committed to seeing a co-op market in our neighborhood, will have to make this a reality. I strongly believe that a co-op would have a positive impact throughout Rogers Park, and I would like to do what I can to make that happen.

What is your passion? How could we see that passion in action in your day-to-day life?

There are many forces that control how food is produced, processed, packaged and distributed. Knowing what the details of this process are is important. The knowledge of what may be organic, clean, sustainable, fair trade, non-GMO, natural, etc., contributes to food purchasing decisions. Shopping at food co-ops is a great way to reinforce the idea that we care about all these things. Co-ops can encourage transparency and honest labeling on products that we use every day. I’m doing all I can to understand where my food comes from and will place an importance on this with my involvement with the co-op.

List some of the organizations, causes, initiatives, and groups of which you have been a part. How do you believe you involvement with these groups have prepared you to serve on the RPFC Board of Directors?

I have been volunteering with the Rogers Park Food Co-op since June 2014. The ongoing work has been rewarding and the people are the greatest.

Describe an experience in which you worked on a team. What did you offer the team? How did you compromise for the team's benefit?

When I first moved to Rogers Park I had the opportunity to serve on one of the Alderman’s streetscape planning committees. Working with residents, the City and a streetscape designer made selections based on our priorities as residents. We needed to make some choices regarding the elimination of the cobble stones in the alley that most everyone wanted to keep. In order to have the improvements, regrading of this area was required and the city would not support the maintenance of these cobblestones. A compromise was formulated that the stones would be salvaged and reused in a future project that would not be maintained by streets and sanitation.

Briefly describe two or three possible ways you could handle the following situation. How you would ultimately act?

You've recently been elected to the RPFC Board. A close friend and local food producer privately asks you to help her business by having the Board publicly denounce the alleged unethical business practices of her closest competitor, whose products are already sold at RPFC. The business owner says she will deeply discount RPFC orders for her product for a year if you help her.

One approach would be to explain to the friend that it was important to not have any conflicts of interest when serving on the Board of Directors. Getting involved in a private agreement was not appropriate. Another would be to illustrate how the Board of Directors set strategic policy that the General Manager follows for store operations. This includes which products are sold. Ultimately, I would disclose to the Board that I was approached to intervene, and suggest that my friend provide comment to the General Manager. The Board could then follow its own procedures for handling allegations of unethical practices by vendors.