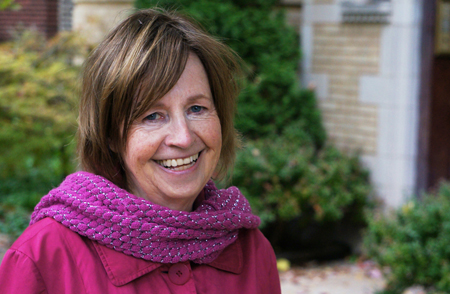 Why do you want to serve on the Board of Directors for the RPFC?

I have served on the Board for the past 3 years and I want to provide continuity of leadership by running for a current Board Position. I am very excited to help move the co-op forward to site selection and opening of the store.

In this past year I had the opportunity to spend a month on an Eco-Farm in Ireland as a WWOOFer. That experience only increased my desire to work toward a community owned grocery store which will work with small farmers to provide the healthiest and freshest food to all in our community.

During this upcoming term I plan to apply my networking and organizing skills to make deeper connections in the community and reach out all of our neighbors from many parts of the world. I plan to apply my financial planning and strategic skills to the development of a business plan for the Co-op.  I am looking forward to the opening of a co-operative international fresh market which will build bridges in our community and celebrate food from all corners of the world.

What is your passion? How could we see that passion in action in your day-to-day life?

My passion is connecting with people and creating community where I live. The co-operative model of development is based on a community of people who come together to create a grocery store. I have been reaching out to the community of Rogers Park to introduce the co-op since we held the first meeting in December 2012. I have a passion for fresh, local and healthy food. I express that in my curiosity about trying new recipes and shopping at the Glenwood Sunday Market.

I was raised on a small farm in Ireland where we grew most of our own food. I feel a strong connection with small farmers and want to help them take care of the land and prosper.

List some of the organizations, causes, initiatives, and groups of which you have been a part. How do you believe you involvement with these groups have prepared you to serve on the RPFC Board of Directors?

Prior to co-founding the Rogers Park Food Co-op, I served on the Board of Chicago Fair Trade for 3 years when CFT was a start-up. I learned firsthand the amount of work it takes to establish an organization. I also saw the difference that Fair Trade made in the lives of the co-operatives of small farmers in Africa, South and Central America as well as Asia by providing a fair price for their products. I see a similar benefit to our local small farmers in selling their products to a food co-operative such as Rogers Park Food Co-op.

Describe an experience in which you worked on a team.

I have served on the Founders Group of the Rogers Park Food from December 2012 until June 2015 when I began to serve on the Interim Board and was elected president by the interim Directors. This has been a great experience in team building for me and an opportunity for personal growth. I am very grateful for the team building training I received from the Food Co-op Initiative in August 2015.

Briefly describe two or three possible ways you could handle the following situation. How you would ultimately act?

You've recently been elected to the RPFC Board. A close friend and local food producer privately asks you to help her business by having the Board publicly denounce the alleged unethical business practices of her closest competitor, whose products are already sold at RPFC. The business owner says she will deeply discount RPFC orders for her product for a year if you help her.

I have been researching best practices for establishing co-operative grocery stores for 4 years. I have attended the Start-up training conferences for the last 3 years as well as the CCMA conference in 2014.